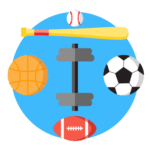 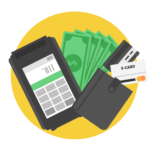 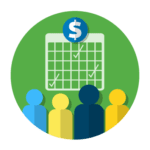 Lost Golf Balls was founded in 1992 with the notion that no golfer should spend too much money on the one piece of equipment they may lose. Every year, Lost Golf Balls recovers, processes and markets over 50 million golf balls to golfers in over 40 countries.

With internal reinvestments limiting their budget for Google Shopping campaigns, Lost Golf Balls and ROI Revolution partnered together to find a solution that generated a high ROI without sacrificing YoY revenue yields.

Additonally, there was a great opportunity for non-branded growth in paid search campaigns which would in turn help fuel Google Shopping growth.

With a goal of improved ROI and revenue growth, the ROI team took a two-pronged approach that focused on both PPC and Google Shopping.

For PPC:
• A strong focus was placed on non-branded paid search campaigns.
• The team capitalized on queries that had previously converted in Shopping and Dynamic Search Ads.
• By utilizing EDGE, an ROI proprietary tool, analysts were able to automate the build out process for new keywords and focus on additional coverage of more generic keywords to increase overall site traffic.

For Google Shopping:
• Campaigns were optimized to reflect top-performing and under-performing product categories.
• Bids were manipulated and campaign structure was altered to improve product query matching relevance based on search type.
• Negative keywords were harvested to control wasted spend and irrelevant queries.
• Device-specific bidding adjustments were implemented to optimize mobile/tablet spend.
• It was determined that keywords featuring the modifier “used” performed incredibly well. Terms such as “used Titleist golf balls”, “used Srixon balls”, or “Nike used golf balls” outperformed their base counterparts. By utilizing PUSH, ROI’s proprietary technology tool, analysts were able to quickly modify titles in the product feed and optimize them for Shopping ads to capitalize on a more motivated subset of their target audience.

For Paid Search, the focus on non-branded search terms and expanded coverage of a larger volume of keywords led to a dramatic increase in site traffic. This lead to a 17.5% growth in PPC revenue YoY in Q2 2017, while still maintaining a consistent ROI.

For Google Shopping, the success from optimizing titles with high-converting search queries and adjusting bids based on profitability drove additional revenue at a stronger ROI. Analysts were able to scale spend profitably and quickly see YoY growth in conversions and revenue.

Within the first 6 months of implementing the “used” terms, Lost Golf Balls saw:
• An 82% growth in revenue (YOY)
• Improved ROI by > 100% (YOY)
• A decrease in CPA by 50% (YOY)
Additionally, throughout 2017, conversion and revenue growth has steadily risen while still maintaining a strong ROI. The overall revenue from Google Shopping campaigns increased 512% during Q2 2017 over Q2 2016. Over the same period, ROI improved 137%.