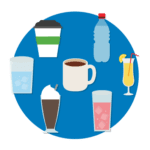 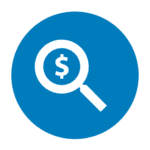 The biggest East Coast-West Coast rivalry since the 1990s is on the tip of our taste buds. Reminiscent of the days where hip-hop loyalties were split, it now takes on a new shape in the form of water bottles.

Stainless steel water bottle manufacturer Hydro Flask is a small company that went big, quickly. Founded in 2009, the brand started with one product line sold at a local market, and now they sell more than 100 products in 17 countries.

If you live anywhere west of Texas, you’ve probably heard of Hydro Flask. For those on the east side, you’re probably better acquainted with Swell and Yeti. Never one to gamble quality for demand, the brand needed to manage its fast-paced growth while keeping in touch with its outdoorsy roots. So, the brand set out in search of greater expertise to assist with establishing HydroFlask.com as the place for consumers to find new products, versus competitors or any other direct-to-consumer (DTC) distributors.

After being introduced to ROI Revolution, the two established a partnership with the like-minded goals of continuing the growth of Hydro Flask’s DTC website and improving overall spend.

The ROI team quickly discovered growing upper-funnel non-branded efforts would be crucial as a means to compete with the natural decline of branded recognition that occurs over time, as well as to achieve awareness of Hydro Flask across all states.

In September 2017, the ROI team utilized YouTube, restructured campaigns, increased promotions and prospecting, and implemented both audience and geo-targeting to fuel increased opportunities to generate new customers for Hydro Flask.

The first step was to address the geographic divide. The team worked to grow awareness in the Eastern US while still prospecting the West, measuring geo-targeting efforts to focus on the top metro areas with the highest return.

To grow that recognition in a way that would be beneficial for years to come, the team focused on growing both non-branded and branded efforts together. By building out extensions and keyword coverage for both, they reached a broader audience for Search and Shopping. They were able to manage ad spend not just overall but also by category. To do so, and proficiently manage bids as well as follow trends without error, the team leveraged ORBS, our in-house automated bid management platform.

Then, for better control over what consumers see, and to help manage spend, the team broke out shopping campaigns into two main categories: harvesting and awareness.

Another major breakthrough for Hydro Flask came from the team increasing investment on YouTube, where they implemented prospecting campaigns to target East Coast states.

After completing an ad recall brand lift study on the platform for a hydration pack product release, which saw search volume increase by 210%, the team’s efforts of targeting different audience types were confirmed, as a strong audience type for the brand made up of cycle enthusiasts and in-market bike consumers was revealed.

After the study, volume continued to pick up for the brand and view rates increased, allowing for better targeting. The team had found success in promoting both the product and the lifestyle of Hydro Flask’s target audience in tandem.

An Automated bid management platform that doesn’t interfere with campaigns on Google Automation.

What is a Brand Lift Study?

Brand lift is a measurement of the direct impact your YouTube ads have on consumers. Brand lift gives you insights into how your ads are impacting metrics, including lifts in brand awareness, ad recall, consideration, favorability, purchase intent, and brand interest, as measured by organic search activity.

Revenue has continued to exponentially grow ever since. In July of 2019, Hydro Flask’s year-to-date (YTD) average revenue increased 247% YOY, with transactions up by 247%, and return-on-ad-spend (ROAS) up 220%. Even outside of peak seasonality, Hydro Flask out-performed the typical goals they would set during their strongest months of the year.

By August 2019, Hydro-flask achieved their brand awareness goal, and surpassed Yeti in the water bottle industry. 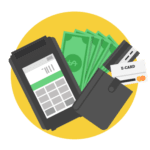 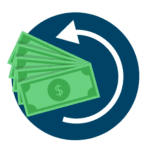 Awareness Matters. Don’t underestimate the role brand awareness has in driving sales. Simply having the best product doesn’t matter if consumers don’t know about it. The role of advertising has changed fundamentally, and in order to get through the clutter, you need awareness strategies in place as a means of being noticed and remembered.

Work with YouTube. In order to ensure that your videos or ads meet your brand goals, define a more intensive strategy. There are 400 hours of new content uploaded to YouTube every minute, so to be sure viewers will see your ads, you need to define your brand territory and establish more in-depth goals than simply growing revenue or hitting a target.